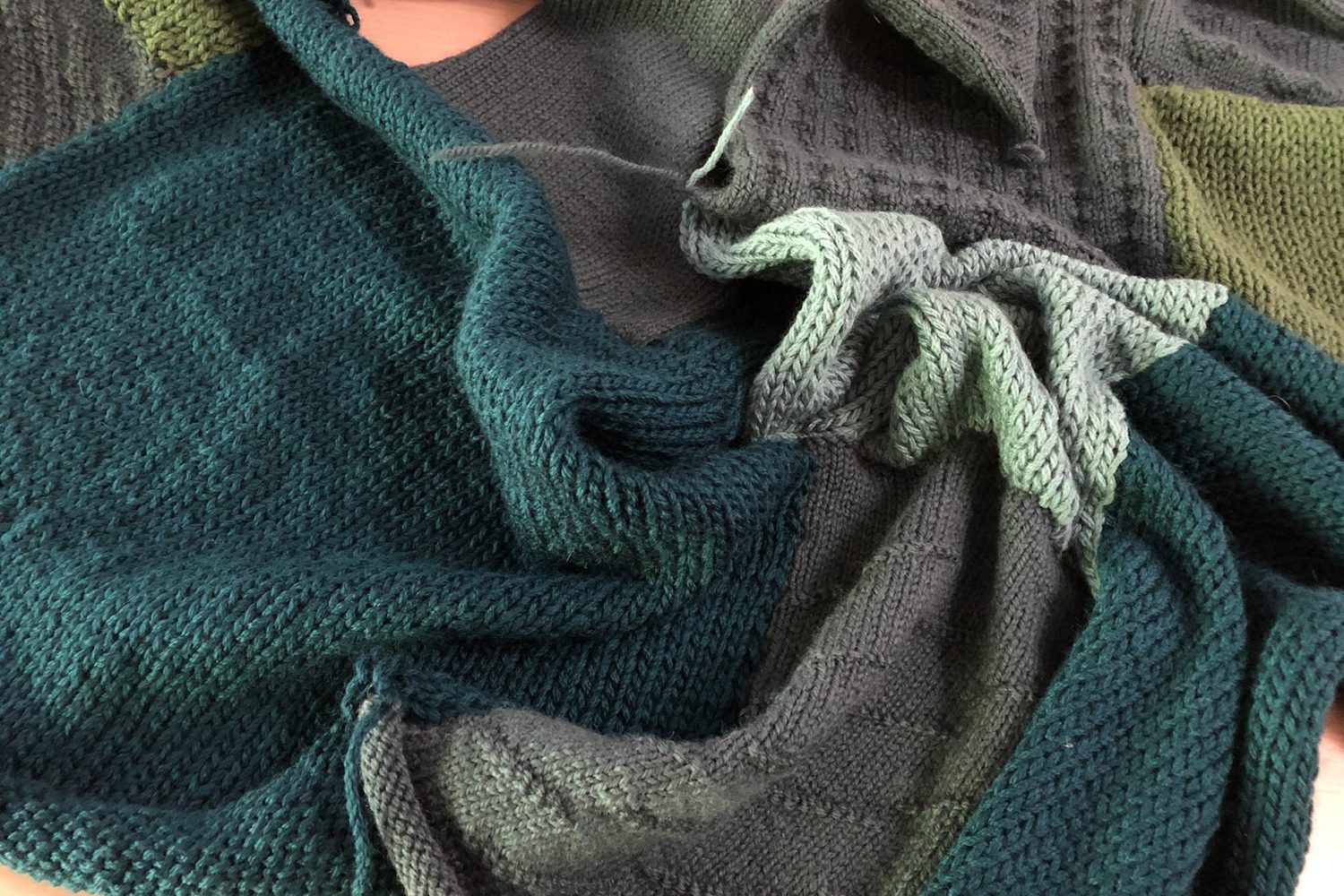 Mum used to knit like a madwoman. Everyone in the family had hand knitted jumpers that must have taken her forever to make. Just a normal part of life really. Then she stopped knitting, probably because we didn’t want hand knitted jumpers anymore, and started crocheting rugs. She crocheted so many she began making them expressly to donate to charities.

Eventually she stopped. Her arthritis slowed her down. She lost the motivation. About three years back she was diagnosed with Alzheimer’s.

She was an introvert but loved to be included in social things. She’d never invite herself anywhere though, and was mostly content with her own company, but her lack of social contact and stimulation worried me. She needed more activities to occupy her mind and feel she was making a contribution.

While she was still living independently in her retirement unit I sourced some job lot wool (she’d only use 100% wool) in colours she liked and presented it to her with some new knitting needles. She said she’d forgotten how to knit.

Undeterred I started knitting with her and then for a while we’d have knitting sessions together. She hadn’t forgotten at all. That memory was still there.

I suggested she just knit whatever sizes she wanted, of squares and rectangles, and then I’d piece them together to make a blanket. She thought I was nuts but was happy to oblige for a while. I was just happy she was making again. I didn’t care what she knitted – I’d sort it all out later.

She had a few health emergencies that saw several bouts of hospital admissions followed by convalescent care. Things were going a bit south.

She never did take it up again. She had to move into an aged care facility and managed a bit of colouring in and the odd puzzle but really just began to fade away.

When she died in the latter half of last year, on cleaning out her room I found piles of knitted rectangles in bags. Much more than I’d thought she’d made. They were duly stashed in my studio to be dealt with sometime whenever. 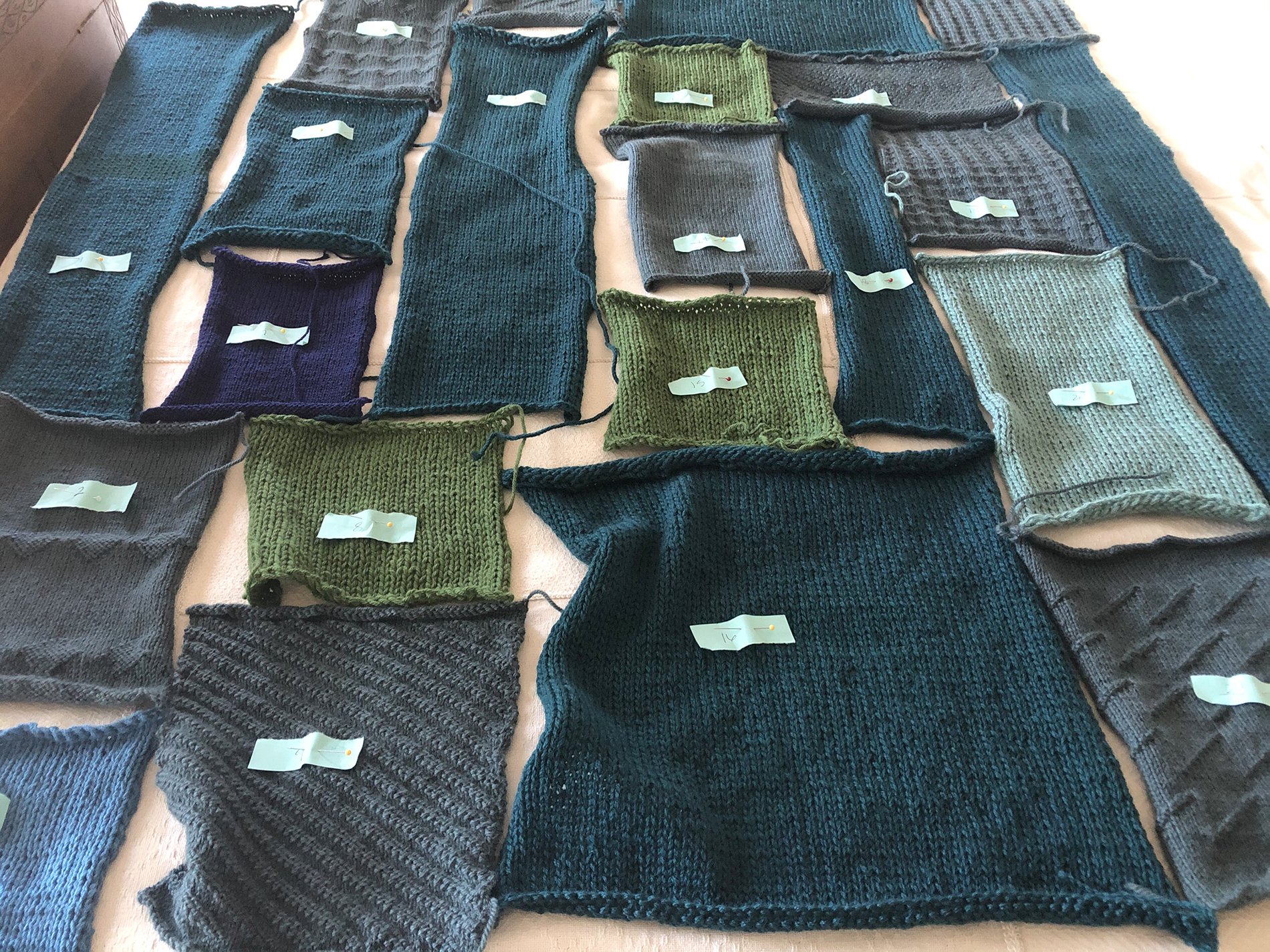 Then lockdown hit. Perfect time to haul out the woolly shapes and block them. After laying the pieces out to get a feel for what might need to be filled in, my teenaged daughter wanted to be involved in what has become ‘the 3-gen blanket’ idea. 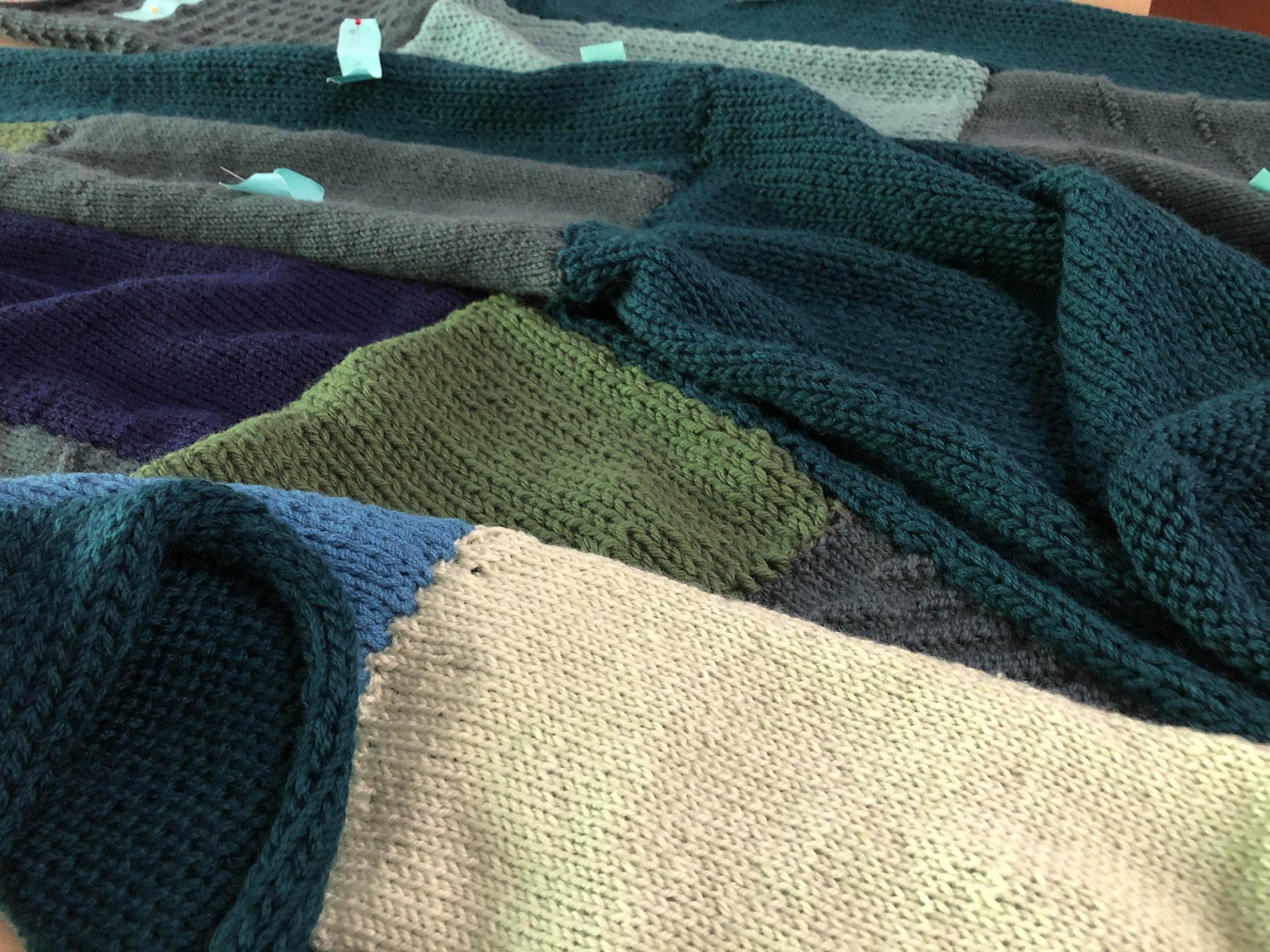 While I’ve no idea how big this blanket will eventually wind up to be (due mostly to amateurish knitting by mother and daughter) I’m pretty sure it will be sizeable. I’ve sourced more wool in harmonious colours to complete the piece.

While there’s still a way to go we’re hopeful we’re making an heirloom of sorts (rather than a Thneed). And of course we’ll always feel a bit closer to her when we’re working on and using it. 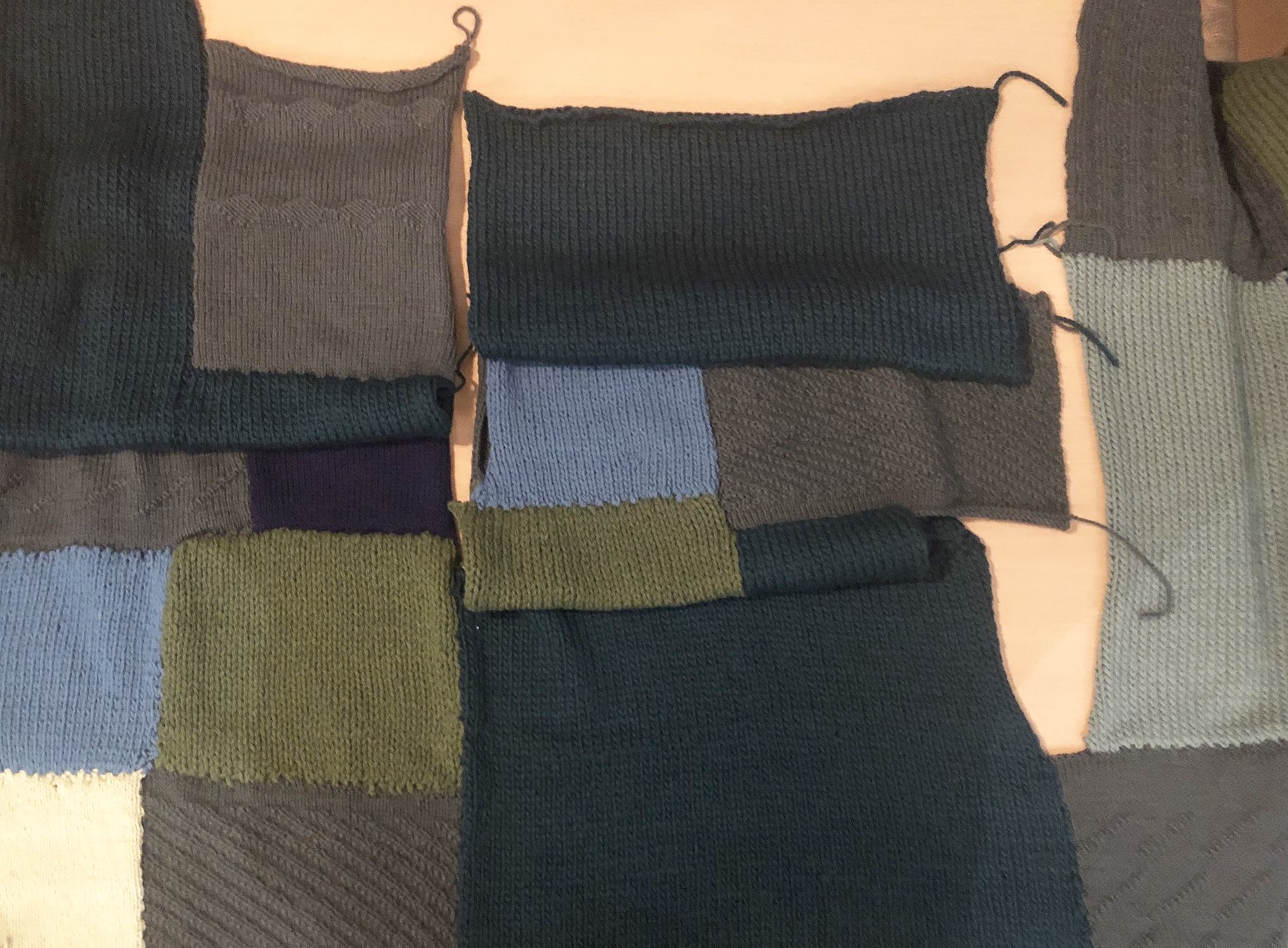