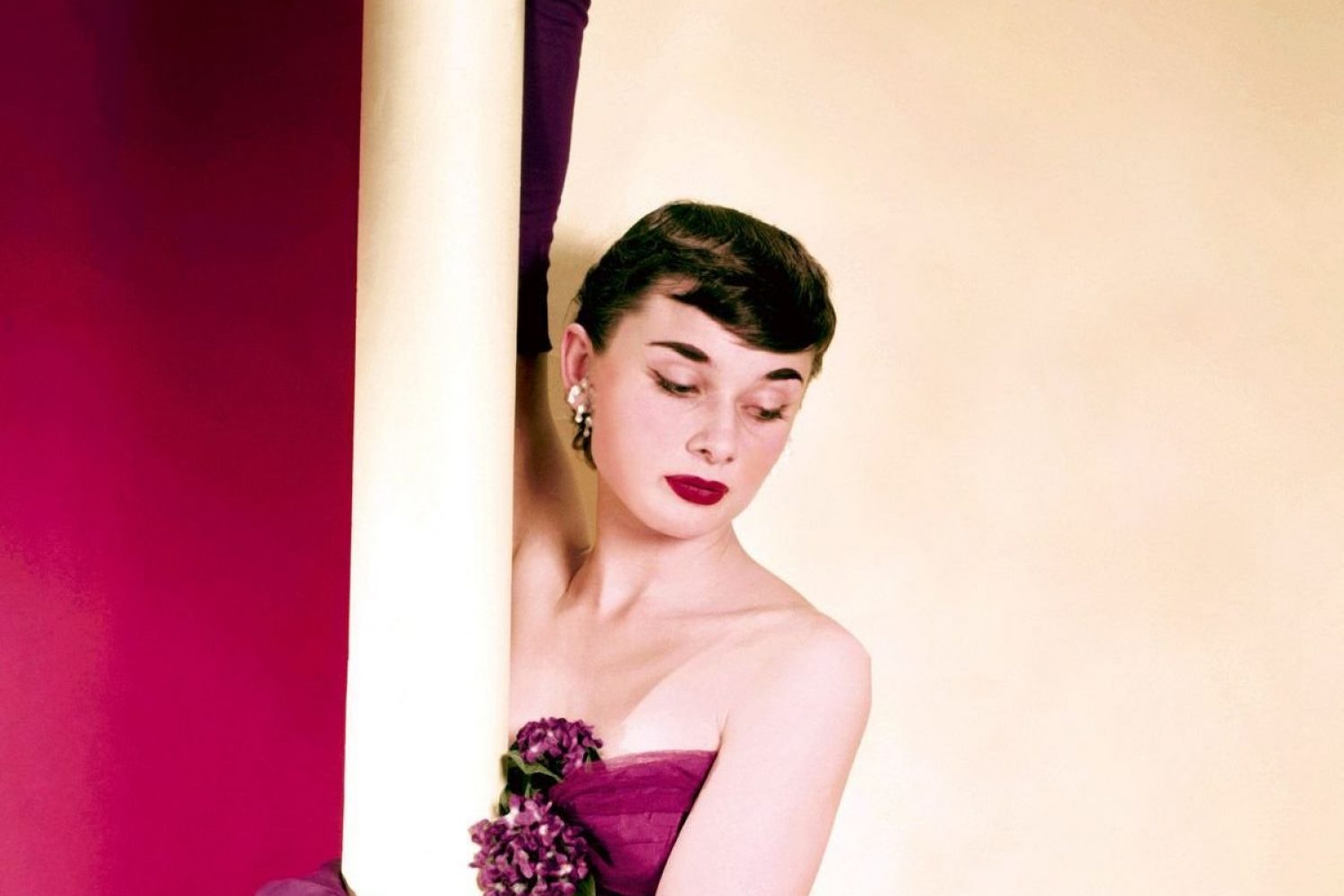 It’s been an embarrassingly long time since I’ve blogged, and I (like many of you, I’m sure) admit to being prone to such writing lapses, but the mercurial nature of Covid-19 hasn’t really helped the situation. So, to counter the time lapse I thought I’d go back to my roots, so to speak, and talk about how I wound up where I am now: the whys and hows of becoming an artist. In actual fact, it’s about self-doubt, personal growth and making art.

As an often shy, timid and perhaps introverted child, Mum introduced me to the old movies she so loved. We were always watching glamour-era black and white films with Ginger Rogers and Fred Astaire, the Marx Brothers, Katharine Hepburn, Grace Kelly, Audrey Hepburn, et. al. Clothes, fabrics and their embellishments became a source of amazement. So, it made perfect sense that my creative career began by studying Dress Design at East Sydney Technical College. I remember travelling to take the course entrance test and feeling so nervously nauseous I thought I’d throw up. I was so excited to be given the chance to sit the test, but thankfully my stomach held and I was accepted, which led to a little over a decade working in the fashion industry as a designer. 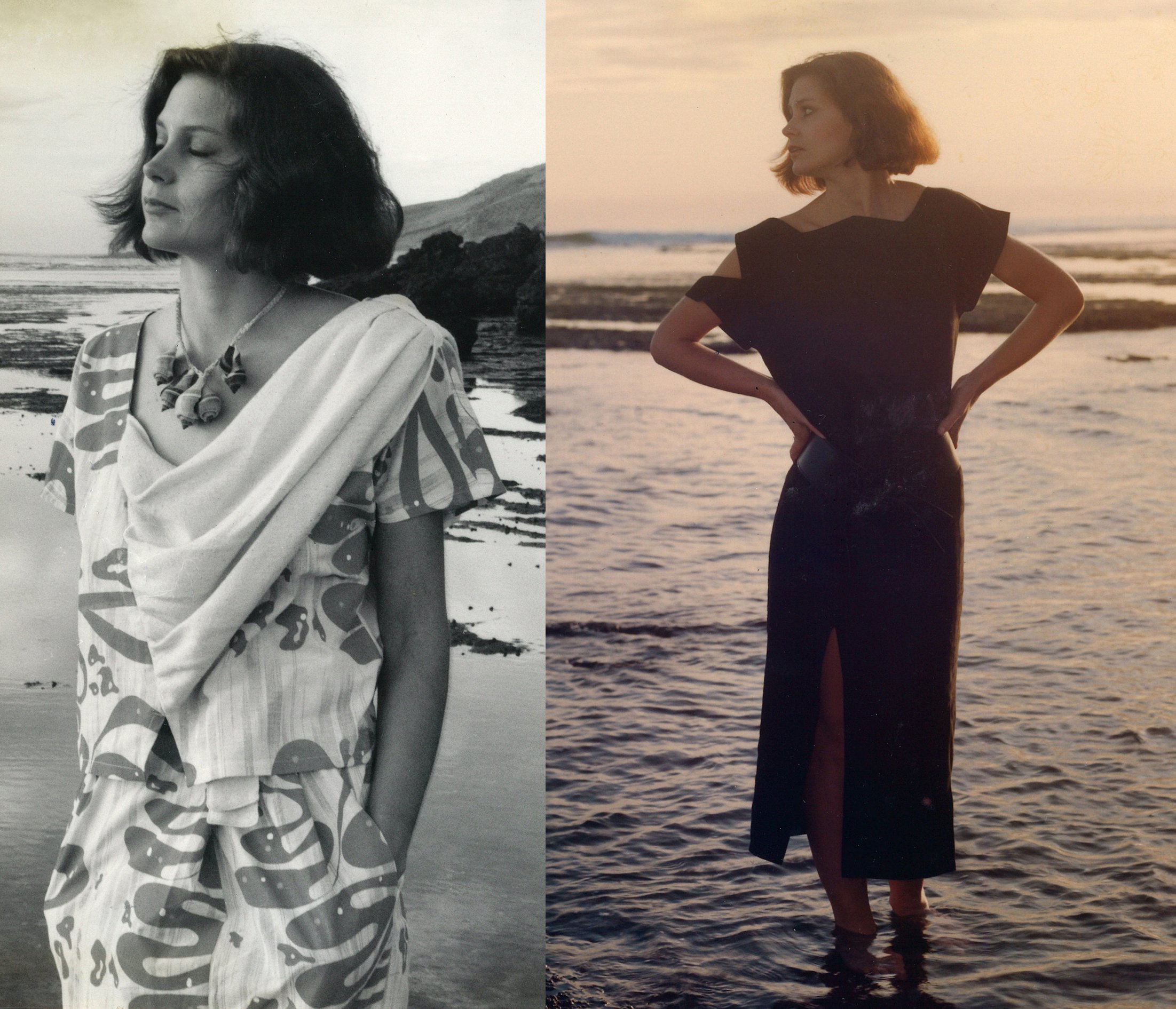 A couple of pieces from the 80s. Photograph: Geoff Hirst

Disillusionment, however, set in. Suffering from the long hours and the fact most clothing production was occurring overseas, making local manufacturing uncompetitive, fashion became a grind. I felt I had two choices: do something in the business world, or study fine art.

I loved art and design, keeping my own timetable, not being told what to do, and basically doing my own thing.

So, art won. And then began a different kind of anguish!

Learning classical drawing and painting at the Julian Ashton Art School was my starting point. It was traditional in every sense, and focused on the fundamentals of observation and hand-eye coordination, for which I’m very grateful. It has proved to be a solid foundation for me.

I thoroughly loved it. Painting was my major but I loved photography also. It was an eye-opening, life-affirming, all-consuming and wondrous experience that allowed me to develop both my painting and photographic work in ways I hadn’t foreseen. 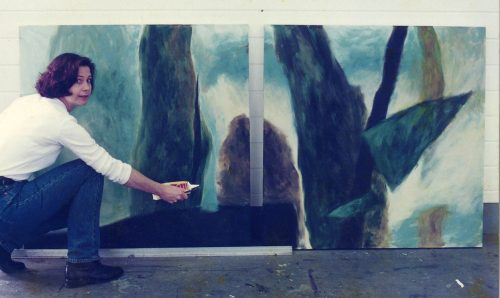 1995 – I won a prize for this one! Getting ready for the grad show at the College of Fine Arts. Photographer: unknown

Life and other stuff

Two years after graduating, after only beginning my exhibiting career, I met my husband, fell in love, and suddenly had an amazing new life. Painting, trying to find my voice, became sporadic during the course of trying to have children. Despite several miscarriages, which led me to abandon work for a time due to fears of chemical-related causes, ultimately the birth of two beautiful, happy kids made it all worthwhile.

The all-consuming nature of raising two children (with ADHD), and motherhood in general for that matter, led to sporadic studio work that I found difficult to maintain. I remember having master’s degree information posted to me every year (this was before the online-everything revolution, obviously), opening it, and thinking ‘it’s all too hard’ before putting it away again.

I was also losing my confidence (no surprises there). Back in self-doubt mode, with a bit of personal growth thrown in by this time.

When the kids were in primary school one of my cousins died of cancer. She was a couple of years older than me, and was someone I looked up to, although we weren’t in contact very often (some people just have that effect on you). I thought she was a bit of a trailblazer: a beautiful woman and a brave soul who wasn’t afraid to tread her own path (although, like most of us, she probably was). I just couldn’t believe she’d die – at least not then, in that way.

That entire event ultimately pushed me into undertaking a master’s degree, which I commenced the following year. Her death really made me realise I was as ready as I’d ever be. I had to overcome my self-doubt and push myself to continue the search for what I was trying to express – despite my anxiety about criticism and judgment.

Two master’s degrees (from Sydney College of the Arts) later– I can tell you it was worth it. The push, finding out what you can do, going places you never thought you’d go – always is. And it never stops.

Right now my world revolves around studio practice using a variety of media, artist residencies, teaching and exhibiting. I love it. Several trips to Japan, including a textile residency, have influenced my work and sensibilities immensely, and travel to many other parts of the world have been mind-opening experiences that accumulate over time and inform the work I make in subtle ways.

The self-doubt still rears its unwanted head on occasion, but I think I manage it much better now (often by just covering it up and getting on with it). 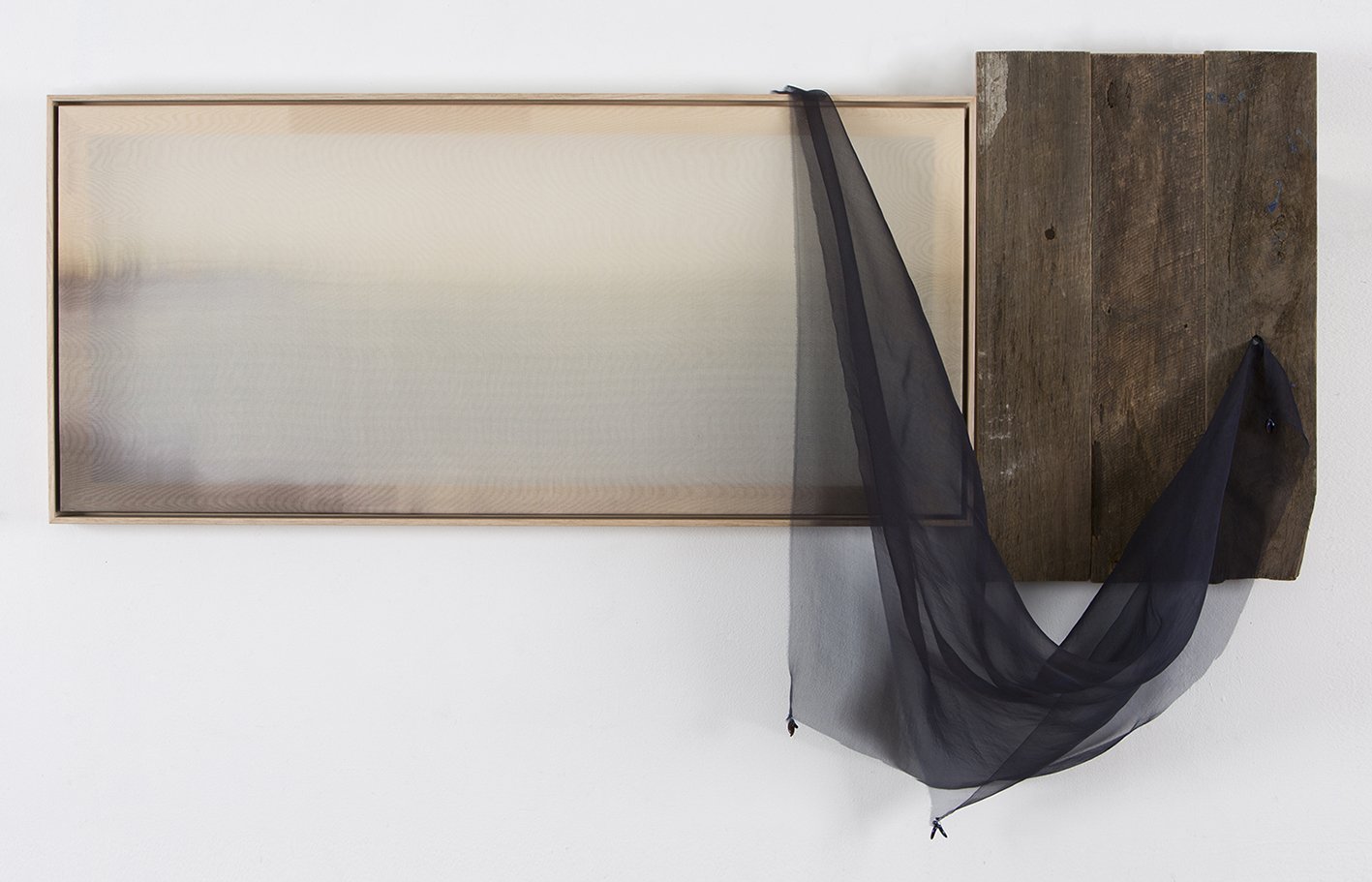 What I’ve learned so far

So where is all this going?

In the desire to make my mark, find out who I am, gain something of an understanding of the world around me, and express my inner thoughts and sensibilities, here are the things I’ve twigged so far:

1.Accept and be guided by mistakes, let them sit and then revisit – or reject, work with them, extend them, allow them to lead you somewhere else entirely;

2.Trust your inner voice. There comes a time when everything you need is already inside you and you have to trust that;

3.Look elsewhere, including to your peers, but return to your Self. The instinct you build is your unique vision – your contribution to the world – however large or small that may be.

Just some self-acceptance really (but I would have preferred to get there quicker!).