Aesthetic values and influences continually occupy my thoughts. My recent viewing of Rosalie Gascoigne’s exhibition (Found and Gathered, with Lorraine Connelly Northey) at Melbourne’s NGV, and comments by a couple of friends that they saw elements of her impact in some of my own work, have prompted the idea to write a little about some of the influences that have run through my practice over the past decade or more.

I’ve always admired Rosalie Gascoigne’s decisive simplicity, her use of old, weathered, found materials, and the graphic nature of her work (afforded by that very simplicity). With her background in Ikebana artistry it’s not surprising her eye was sharp while sensitive to the progressions of nature and time. Her aesthetic embraces that of Japanese wabi sabi but with a convincingly Australian edge.

On that line of thought, other Japanese influences on my practice include Hiroshi Sugimoto and Ishiuchi Miyako. There is a stillness and poignancy to their work that stands powerfully and compellingly amid the fractious attention-diverting reality of contemporary life. 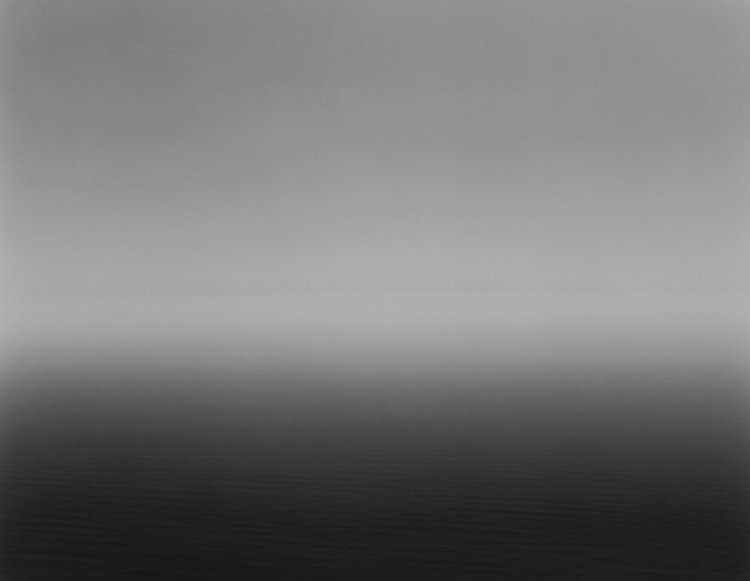 Sugimoto’s ocean and pine tree series’ (that I was lucky enough to see in person on a visit to Naoshima in 2016) are beautifully realised ruminations on time, endurance and connection between generations. Their simplicity allows for a quietness, permits something else to speak, be known, understood. His underlying understandings of time are a continual stimulus for me, and something I constantly strive to interpret in my own way through my practice. 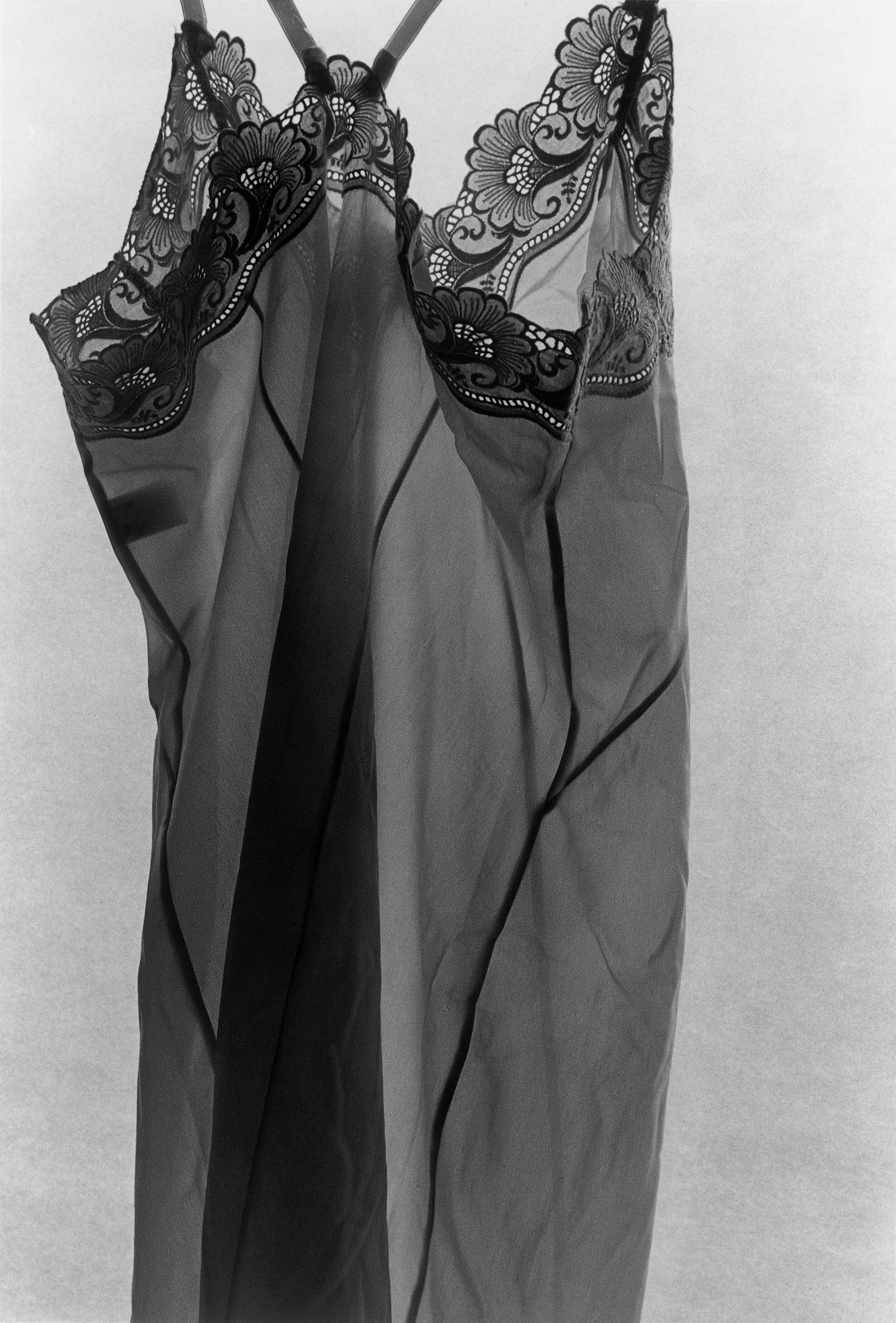 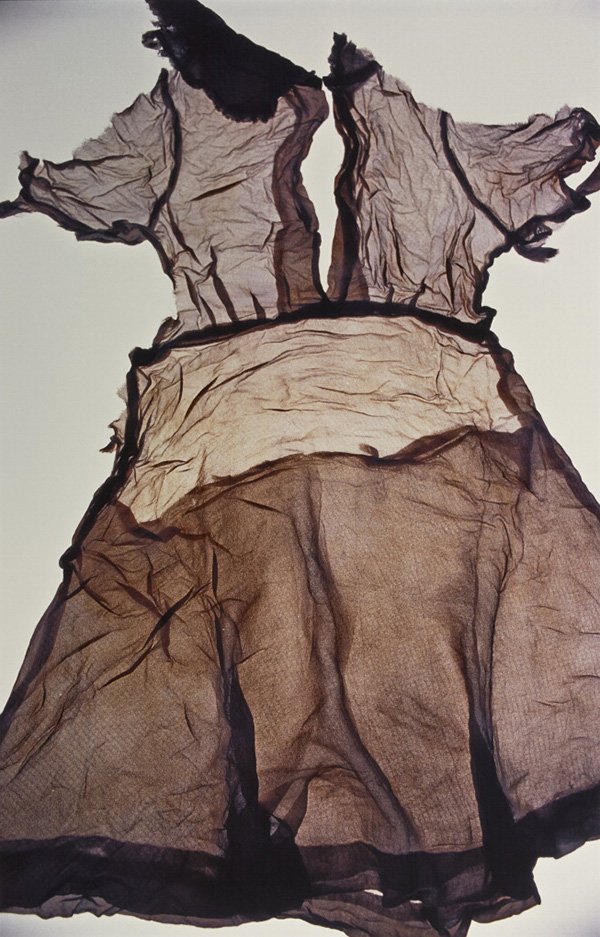 Miyako’s photographs of her late mother’s clothing, and those of Hiroshima bombing victims, are intimate tributes to lives that might otherwise be regarded as just another elapsed life, or perhaps a nameless statistic.  Carefully arranged old things that show evidence of use – whether wrinkling, patina, fading, cracking – indicate value, care for something, and meaning generated by that care. Her work honours the value of objects that could be considered merely mundane or utilitarian, and for this reason has had a profound impact on my thinking. 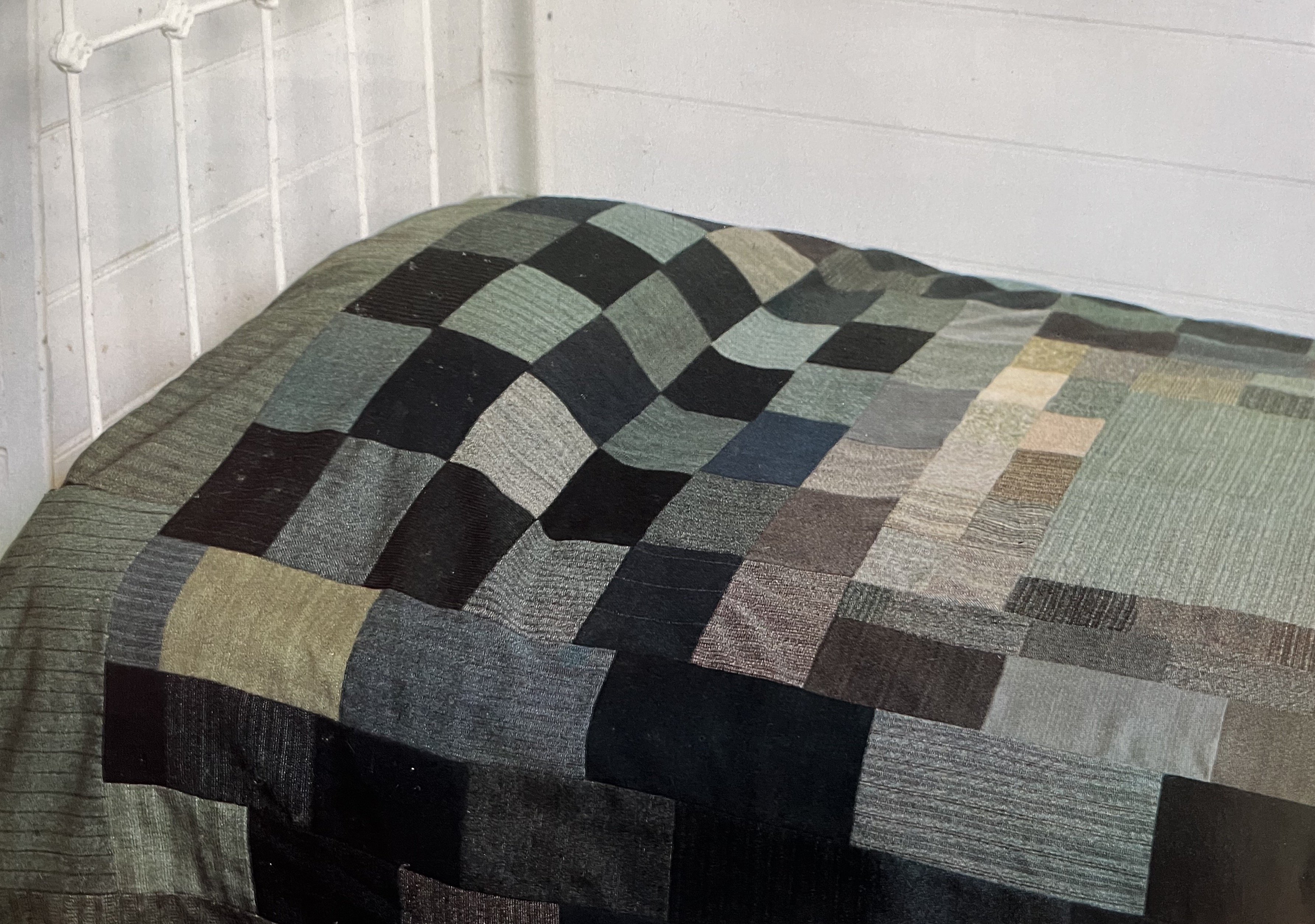 To make meaning out of something is a natural human impulse and, no less, a valuable and worthy pursuit. This brings me to another example of endurance, value and frank ingenuity. I first saw this photograph of a quilt made with woollen serge tailor’s samples in Jennifer Isaacs’ 1987 book The Gentle Arts. I was captivated. So much care had been taken to design and construct this functional piece of art (in this case by Minnie Stewart from NSW in the 1920s). Pieces such as these were often filled with flattened, worn woollen clothing: a sort of Japanese boro, Australian style. No doubt this quilt has been treasured for generations. 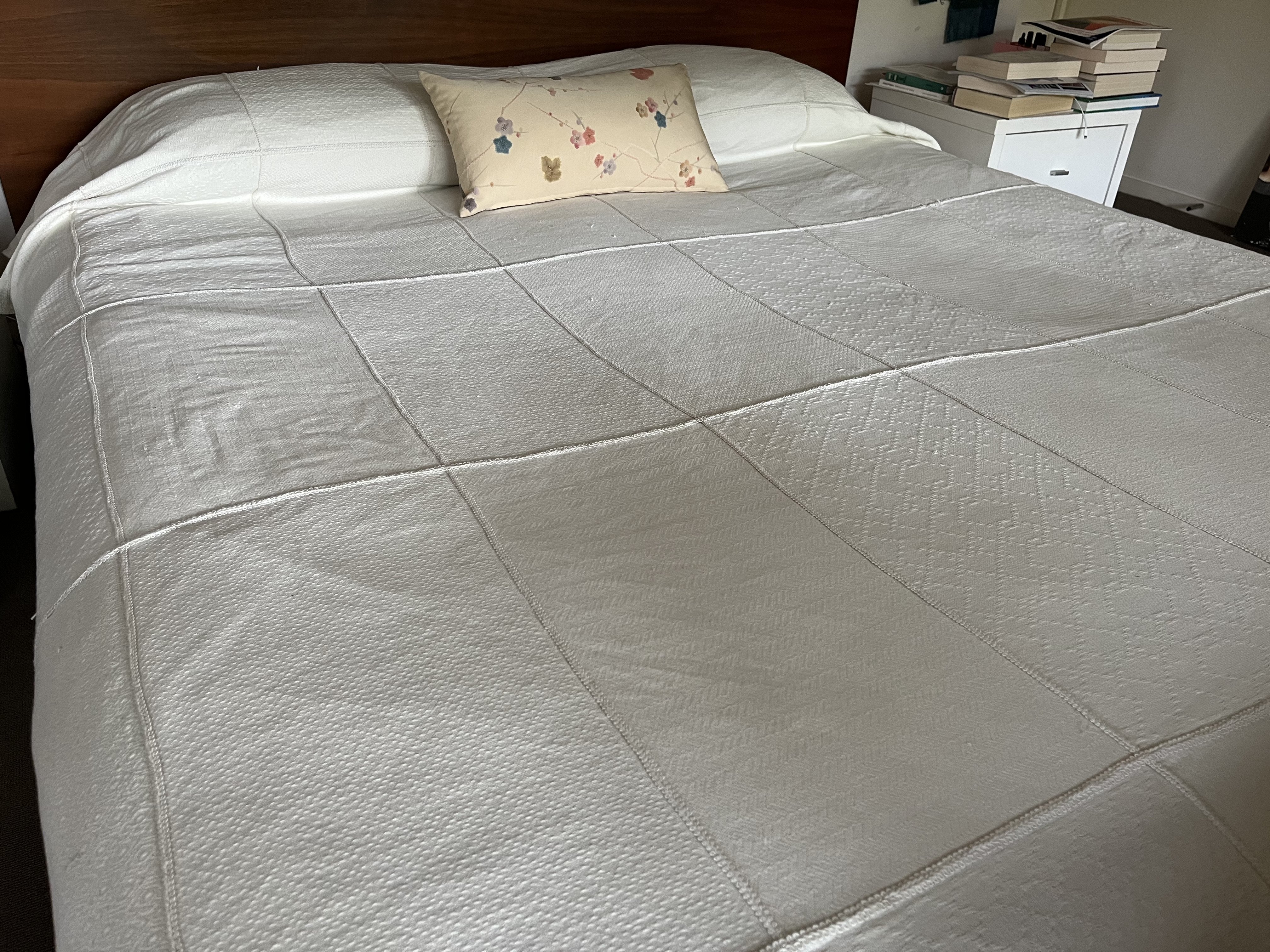 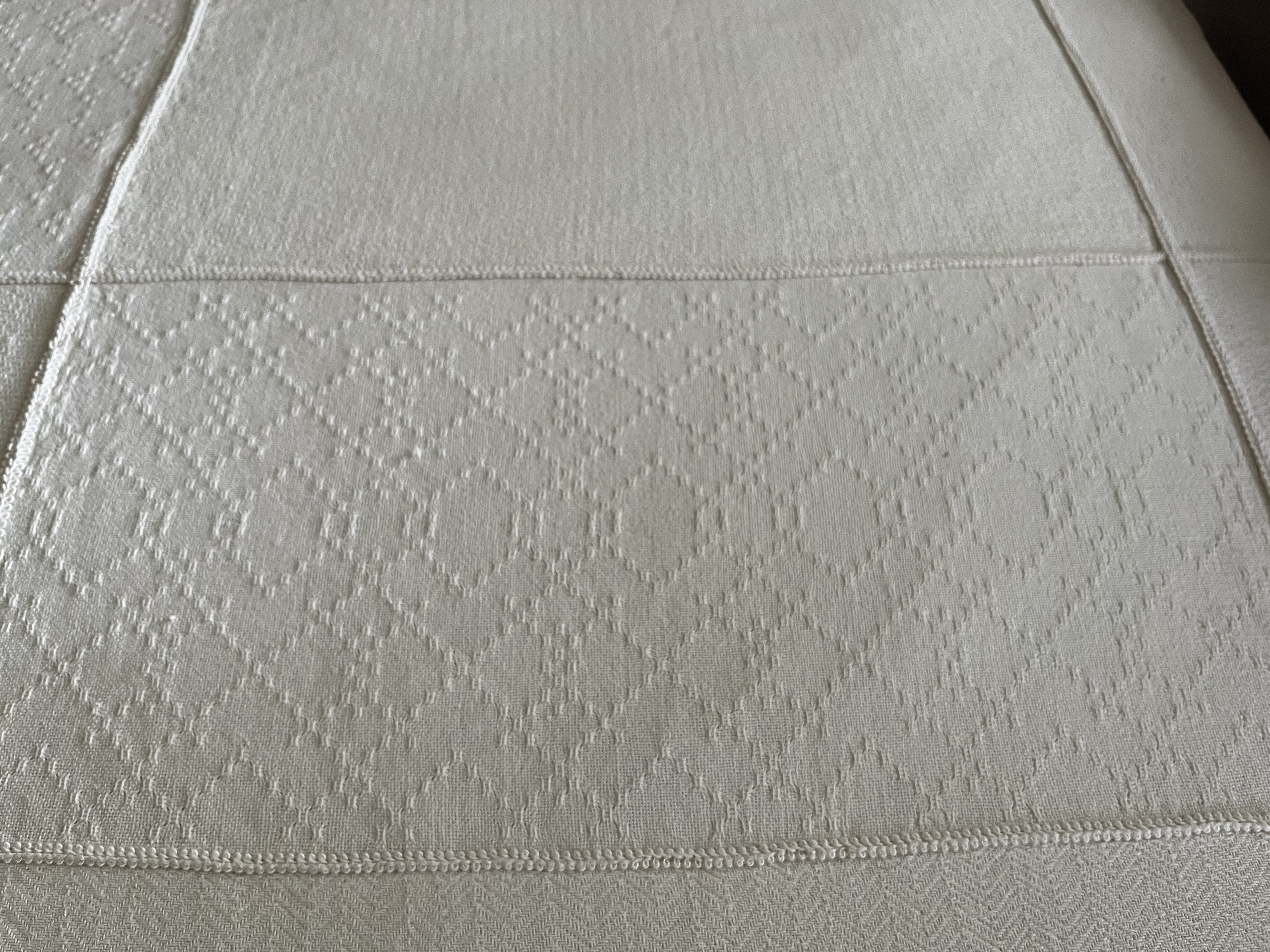 Pictured above is one of my own heirlooms, made by my late mother, when she was going through her weaving phase. She had a small loom and used it to weave panels in differing patterns, joining them together to make a bedcover for me. It must be almost forty years old now, and still a beautiful thing, used every spring/summer/autumn, and is the perfect weight for our climate. While it has been repaired multiple times, mucked up by a dry cleaner who refused to compensate for the damage, soaked, and been in constant use since it was made, it is full of its own stories and is something I’d never part with.

Life in itself has no meaning. Life is an opportunity to create meaning.

Osho, Creativity: Unleashing the Forces Within