An oceanic mosaic of the Coral Sea in autumn.

Having just returned from a tranquil stretch of time resetting myself in a semi-secluded coastal haven, I’m back to the real world of dealing with the onslaught of the imminent federal election, the war in Europe, and the horrendous implications of climate change inaction – just like everyone else.  Not to mention trying to keep upbeat in the studio again.

While coastally languishing I was treated to the visual spectacle of a fine assortment of ocean colours and textures influenced by the, mostly uppity, weather. It was completely absorbing, and something I’m never bored with.

I think that when your senses are engaged in a calming way you can cope with anything.

If the election, world news, climate calamity, or anything else for that matter, has you reaching for the doona or the bottle, consider taking time out to rebalance yourself with some sensory tonics.

Observe the changing moods of the ocean. Photograph them. Paint them. Sketch them.

Stare at a calming piece of art (even if its in a book). My new screensaver is a photograph I took of a building in Naoshima in 2016 (see below) – and instantly soothes me both physically and mentally. 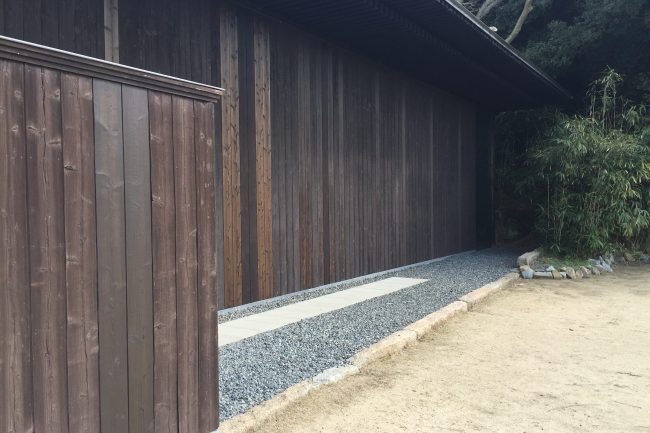 An exhibition space on Naoshima Island.

Park yourself within hearing distance of the ocean. Sit and listen to it. Daydream and think.

Do the same with birdsong, the wind, some particularly moody music.

Get yourself out into the open: the mountains, the ocean, a walk in nature, even a pleasing architectural space (a particularly beautiful library or church perhaps?). Or somewhere that’s just your own, personal space.

Daydream. Think of everything and nothing.

Give yourself permission to take a designated amount of time for yourself, to do something important (or silly) that you want to do.

Touch, squeeze, hold, stroke something comforting for a few minutes. Walk barefoot on grass or sand. Cuddle an accommodating animal.

Don’t look for meaning or answers. Just let your mind wander/wonder/imagine for a bit. Sense everything.

Then see what happens when you go back to what you were doing.