The work is a knitted construction that metaphorically implies the intermingling of human labour with the industrial and economic processes that were mutually supporting during the site’s productive lifetime. Two panels of hand-knitted wire panels that have been allowed to rust are joined together with an oversewing of fraying hessian strips (dyed a darker shade to reflect the stains of coal dust). Swathes of the same hessian thread irregularly through the work and the words coal and seam embroidered in script (with dyed twine) onto the cloth.

The rusted wire references the aged nature and industrial history of the Coal Loader site. The sewing together of the two panels forms a ‘seam’. The embroidered text, while a play on words, points to the contemporary controversies and dilemmas of energy extraction from the earth. The hessian itself refers to the heavy hessian sacks used to deliver domestic coal in the early twentieth century, while the passage of its movement through the knitted wire forms another ‘seam’. 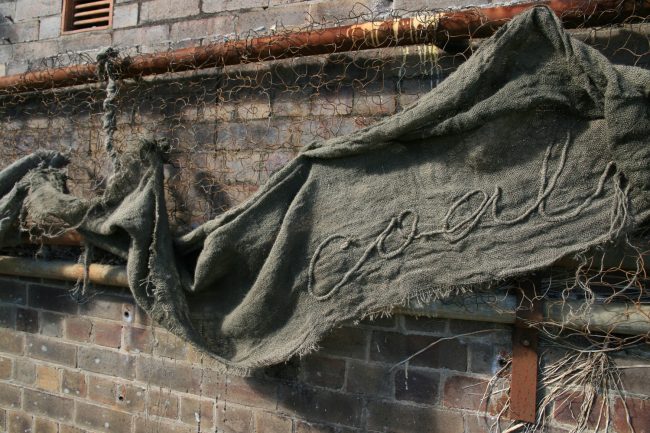 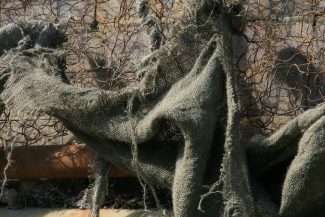 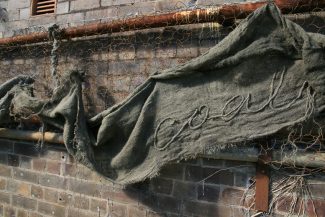 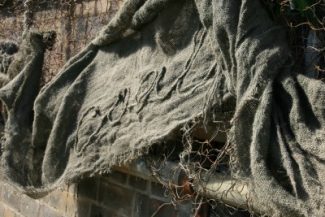 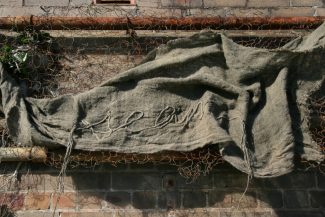 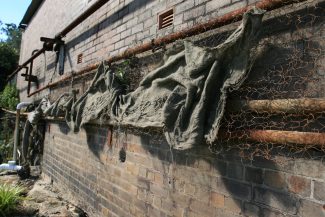