Studio (dis)organisation and other questionable habits

So when did a tidy studio become a thing? I’ve tried, believe me, but just can’t make it work. All those blog posts and magazine spreads that show studios looking like they’ve just been painted, pimped and primed for ‘work’ do my head in. Little snippets of showpieces, that’s all they are…

Mine, on the other hand, simply operates around a kind of chaos where I can generally find everything (thank you visual memory) but can’t seem to negotiate the time to put everything away before starting something new. In fact, I frequently work over the top of things because I haven’t cleared a nice, inviting horizontal surface first.

I can confidently say I have nil clear horizontal planes anywhere in my workspace. This is, of course, exacerbated due to preparing for an upcoming show in August, and an influx of more pre-loved clothing I’ve been taking apart, but I’ve come to realise – only lately – that I really don’t care. That tidy desk tidy mind stuff just doesn’t match my brain. Whatever works.

These pictures are of some of the tidier bits of my studio. Full of promise and wonder. 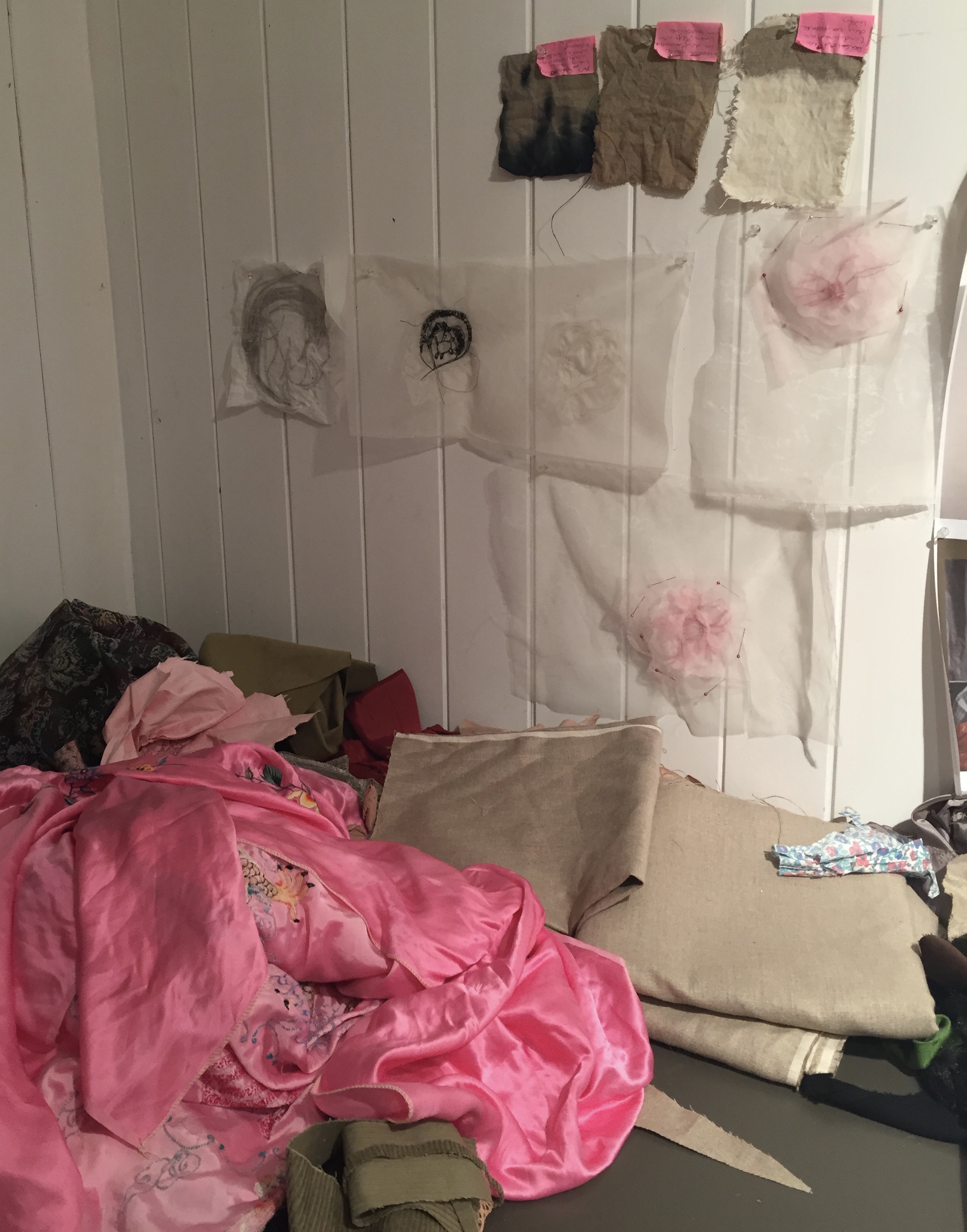 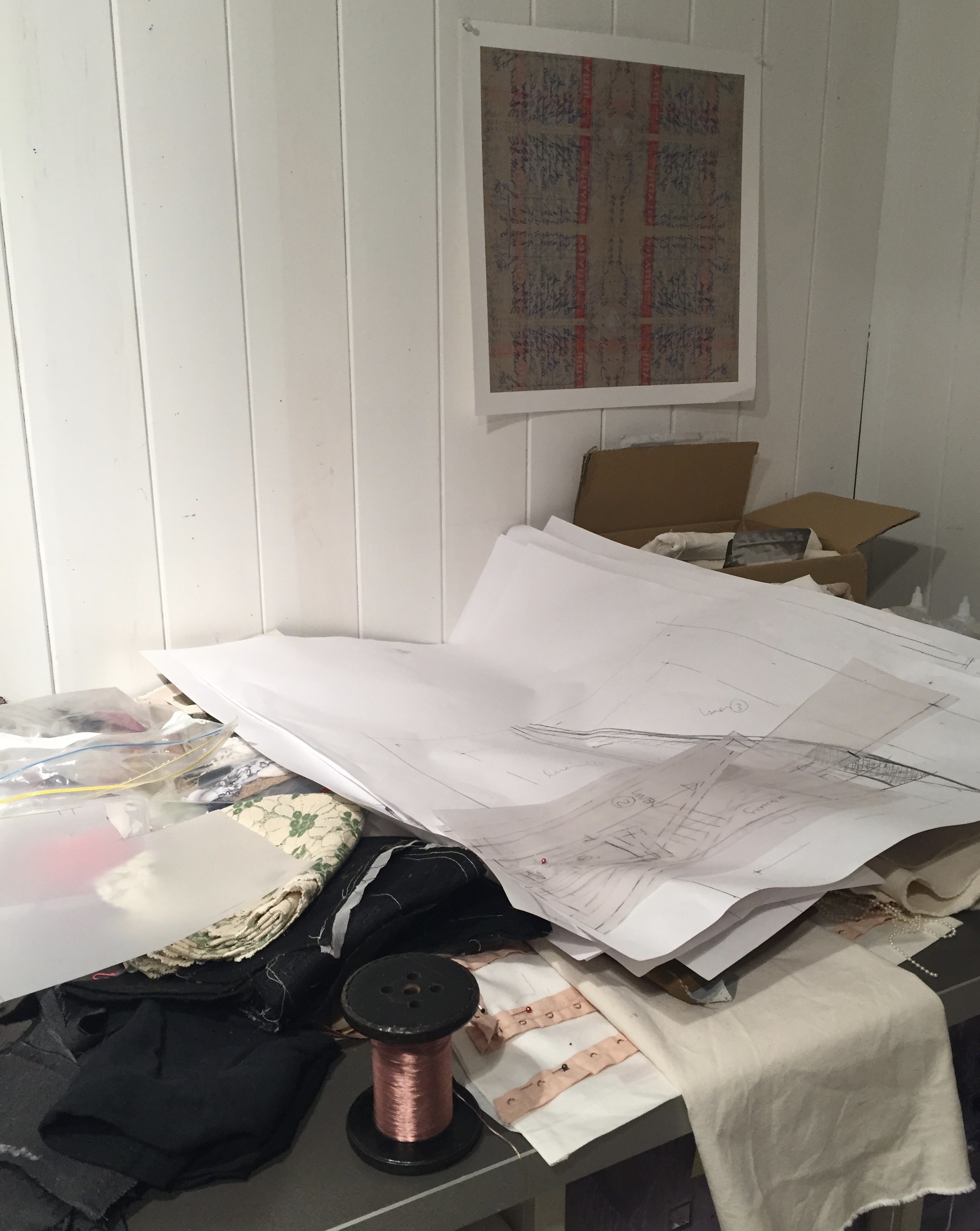 In fact, the whole chaos thing seems to suit me. I love finding bits of cloth/paper/yarn/photographs/wood/clumps of tangled thread/hair around the place and allowing them to suggest form for another work. The process can take a while though… like years.

And while I’m at it, falling prey to chaos has been the reason for my non-blogging of late. My apologies to anyone expecting the regular fortnightly thing I promised earlier in the year, but sometimes you just have to go with the flow.

So my advice to you all is this: don’t even think of trying to conform to the expectations of others (within reason I suppose I should add); just get on with your thing, and; believe in yourself while you’re going about it.